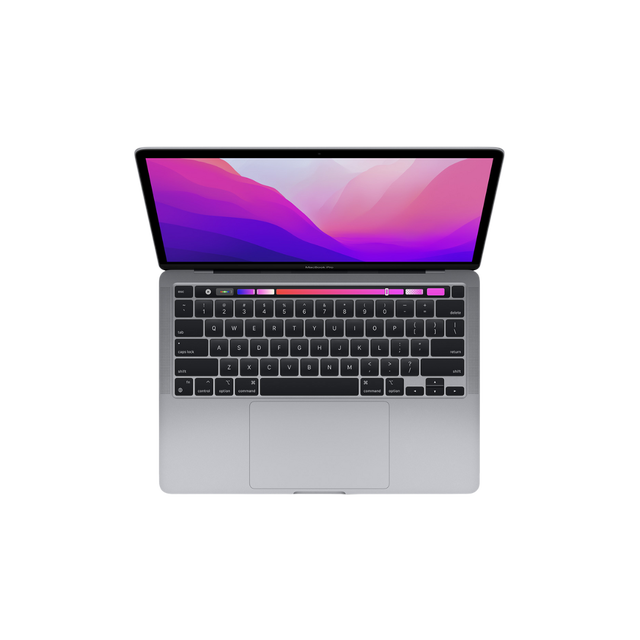 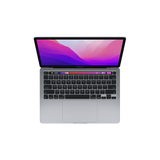 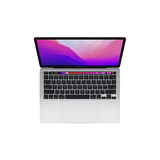 The new M2 chip makes the 13‑inch MacBook Pro more capable than ever. The same compact design supports up to 20 hours of battery life1 and an active cooling system to sustain enhanced performance. Featuring a brilliant Retina display, a FaceTime HD camera, and studio‑quality mics, it’s our most portable pro laptop.

Active cooling sustains blazing‑fast performance. Thanks to its advanced thermal system and the efficiency of Apple silicon, MacBook Pro can sustain pro levels of performance, so you can run CPU‑ and GPU‑intensive tasks for hours on end.

Faster memory. And more of it.

M2 has 100GB per second of memory bandwidth — 50 percent more than M1. And it supports 24GB of unified memory for superfluid multitasking and working with massive files.

macOS and M2 work together to bring more speed and responsiveness to all your go‑to apps — including Microsoft 365 and your favorite iOS apps. Over 10,000 apps and plug‑ins are already optimized for Apple silicon. And Rosetta 2 seamlessly translates apps designed for Intel processors for use on your MacBook Pro.