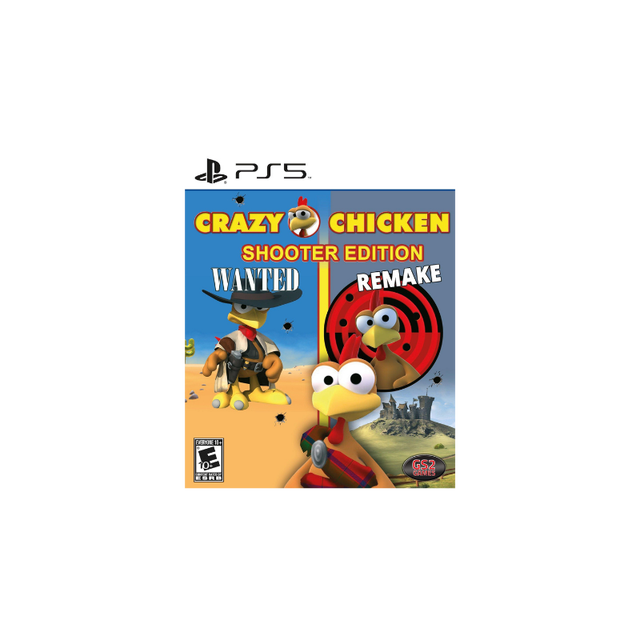 With over 15 million games sold worldwide, the "Crazy Chicken" is one of the most widely-known and memorable videogame characters. It's time to join in on the fun!

It's hunting season! Find the crazy chickens in the Scottish Highlands: Load your gun, take aim and be quick on the trigger to gun down all the birds as they fly by. The harder they are to hit, the more points you get for a shot. The remake of the cult hit. Rip-roaring shooting fun with the craziest and most infamous chicken in the world!

• Single-player mode: Bag as many chickens as possible in 90 seconds!

Trigger-happy desperados have gunned down the sheriff of Gun City. In what was once a placid and peaceful city, nothing and no one is safe anymore. Now the best crack-shot crazy chicken hunters are needed to restore law and order. But be careful: these chicken bandits shoot back! Load up your six-shooter and get ready to draw!

• Have a blast with the rootinest, tootinest chickens of the Wild West

• Shoot your way to the top in the online rankings!